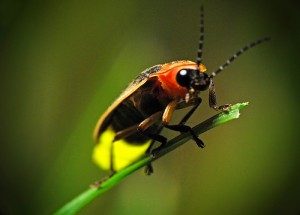 Owl City has a song out right now called Fireflies. Other than the strange Death Cab for Cutie sound (for shame impersonating one of my favorite bands!) I have to admit that I kind of like the song. I say kind of because while I find it catchy and usually will listen to it if it comes on the radio, I also think it’s kind of, well, bad. And the badness is in the lyrics. END_OF_DOCUMENT_TOKEN_TO_BE_REPLACED

I’ve recently updated both my résumé and cover letter in order to apply for an assistant managing editor position with Willow Springs–something I do generally every three to six months or so. But this edit was for a specific position, and it got me thinking about the problems people commonly run into when writing a résumé. I find things to edit on my résumé every single time I look at it. I pull things off that aren’t as important anymore, I reword lines to make it a bit more punchy, I look at formatting. There’s always something to improve. Maybe it’s my professional writing background.

When I worked at the Writing Center back at MSU, however, I would often see résumés in their early stages, résumés that hadn’t been treated as vital documents, and the mistakes I saw tended to be very similar.

First, lack of consistency. Some sentences would start with active verbs, some wouldn’t. Some sections would have different formatting, some sentences would end with periods while others wouldn’t, etc. I don’t feel that these mistakes will necessarily kill a résumé, but they do show an inattention to detail.

Next–and this is probably the mistake I saw most often–is a lack of prioritization, a failure to give good work proper credit. For example, many students would only want to include paid work in the main section, pushing anything else to a list, maybe, toward the end. Another example is when the writer doesn’t prioritize within an item and lists bullet points in an arbitrary order, pushing important details to the middle or bottom of a disorganized list. This mistake, I feel, is much more costly, since quite frequently employers will scan résumés. And while it is still the accepted norm to list positions in reverse chronological order, incorrectly prioritizing information within that order–not putting the best points in a place where they can shine–can mean the employer misses your skills.

Finally, I often see résumés that are not specifically tailored to a specific position. There are situations where a general résumé is best, but these are, I believe, few, especially as you move through your career life. Again, not tailoring your résumé to a specific position will probably not result in your instant disqualification from consideration, but something that has been purposefully tweaked can often give you a nice step up on the competition. It shows that you understand what they value in an employee and know how to present those specific skills in yourself.

These are just the first few examples that come to my head, but I know there are many more places to misstep. So, readers, what errors do you frequently run into when reviewing résumés? What areas give you trouble when composing your own? Are there any “correct” rules you choose to ignore?

This will be a quick post since I’m currently in the middle of writing a 20-page term paper, but I did want to take a minute to talk about the assignment I’m working on and the value I see in it.

My form and theory class studied the novel this term, and our final paper is to imitate one author and to analyze that imitation. We write approximately ten pages of fiction that borrows* from our chosen author’s technical and stylistic decisions and then ten more pages that discusses those techniques, how they work in what we’ve written (or, perhaps, how they don’t work) and why. I chose to work with James Welch’s Fools Crow.

Now, I’ve written imitation papers before, and I have to admit I’ve always enjoyed them. There is so much for writers to learn about their own styles by studying closely someone else’s. You can look at the line level and find new ways to craft sentences. You can look at structure and find new ways to organize information. You can look at characterization and find ways to build up your own. You can look at how an author handles theme or symbolism, how dialogue is built into scenes, how the author deals with openings or closings of sections. The list here is essentially endless, but make sure you take the time to analyze the choices you steal so that you can understand how they work for the author and how they can be made to work for you.

*When I discuss stealing or borrowing from an author here, it is in reference to technique and never to direct text or overall idea.