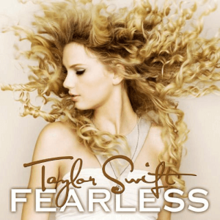 I remember telling someone once, a few years back, that it was obvious Taylor Swift wrote her own music. “They’re songs about teenage girl problems, and that’s why teenage girls love her so much,” I said—maybe not exactly, but something to that effect. I meant the remark to be scathing, to be a put down, even while admitting freely that I turned up the radio whenever one of her songs came on. It was before I shelled out any money to buy one of Swift’s songs, but even then I knew I sort of liked her. But I sort of hated her, too.

I didn’t really have any reasons for my dislike. The music was catchy, and Swift was clearly someone who understood her business and her audience well. Sure, there were lines and ideas in her songs that drove me up the wall, that made me want to take all those young girls and say, “No. Please don’t be like this.” Whenever “Love Story” came on the radio, for instance, I would start raging about how the time to get engaged was certainly not immediately after you’re having serious relationship doubts—after raging about how Swift really needed to reread some Shakespeare before turning the Romeo and Juliet story into one about love instead of tragedy.

But I digress. The point was, I didn’t want Swift to spend so much time singing about teenage girl problems, because despite the fact that I was no longer a teenage girl, I could relate to those problems a little too much.

And I hated that.

When I first started listening to Swift, I was at a time in my life when I was learning how to be myself and how to love myself. I was learning to find worth from within rather than waiting for someone to give it to me, to attach my self-esteem to who I was rather than to the things I accomplished (or failed to accomplish). In short, I was trying to finally be the type of woman my mother had always wanted me to be: someone who didn’t need a man to feel good about herself, who loved herself rather than waiting around to be loved. But Taylor Swift has always reminded me how much from my past I still carry with me.

First, there is my twelve-year-old self who watched from a distance as the boy she liked dated first one girl and then another but never even spoke to her. Who knew she didn’t really have a chance but who hoped and imagined anyway.

There is the thirteen-year-old who stood rooted to the spot, face crimson, as a group of boys laughed at her for thinking an invitation to the school dance might be something other than a joke.

There is the fifteen-year-old who tried to navigate a friendship and a crush when she and one of her best friends fell for the same boy, a boy who would first choose the friend, then would choose her, but would eventually break up with her while on the phone, putting the receiver in front of a radio while he consulted with his friend about the best way to do it. Who would later tell her that she made it so easy for him to treat her poorly.

There is the eighteen-year-old who was pressured into intimacy she didn’t want but who didn’t know how else to make sure her boyfriend would continue to like her.

There is the nineteen-year-old who had a breakdown when that same relationship eventually ended, because she couldn’t envision a future without that one boy, even if he had recently told her not to bother coming to see him if she wasn’t going to sleep with him. The nineteen-year-old girl who cried and cried because she believed in only being with one partner and now she was ruined forever.

Then there is the twenty-one-year-old, who fell in love with a new boy—a man—without realizing it, who refused to believe her friends when they told her they thought he loved her, too, and who instead tried to find her worth in the arms of men who would at least pretend to care for her outright.

There is the twenty-two-year-old who learned what true heartbreak really was, and who learned the hard way that opportunities don’t remain for you to pick up whenever you happen to get around to them. That sometimes things go wrong and you are certainly to blame, even if the fault is not yours alone.

There is the twenty-five-year-old who cried when that man finally had to be the one to leave her, and who cried more when she realized she felt as much relief as pain.

There’s the twenty-seven-year-old who went to therapy to ask why she couldn’t get over someone she hadn’t spoken with in five years, why he kept cropping into her dreams even when she did all the things she knew she was supposed to do: deleted his phone number from her phone, unfriended him on Facebook, refused to ever search for him online and see what he was up to, and went about her life.

There’s the twenty-nine-year old who learned that man was getting married. That version of me is one I sort of like, though. She didn’t cry, and she didn’t dwell. She put a smile on her face and realized it wasn’t that much work to keep it there.

There is the thirty-year-old me who decided to start dating again and chose her first date based purely on logic rather than on any emotion. This is the me who realized that you can easily over-correct, and that over-correcting has consequences of its own.

Then there is the me me, the one sitting here now, the one who’s traveled through all those other iterations, too, who carries them with her, more as history now than as baggage but who still feels sad when certain songs come on the radio, who misses so many people, who regrets little but wishes many things had turned out differently all the same. The me who has learned, more or less, to balance happiness with the moments of sadness, who has learned to see sadness as a thing that comes and goes, just like all things.

Today, that girl—that woman—me—decided against contacting someone who is slipping away. Or maybe I’m the one who is slipping away. Or maybe this entire thing is one final attempt to hold on. Maybe the thirty-two-year-old version of me will know which it is, or which it was, but likely it won’t matter, because by then it will be past, another thing written into the annals of my history, to remember and learn from but not to dwell on.

You see, I mostly understand now—or at least I think I do. Things happen, and sometimes they hurt. Sometimes we’re the ones being hurt and other times we’re the ones causing the hurt. Sometimes we are both. When I heard “Back to December” for the first time, I knew that I wasn’t the only one who was trying to understand how hurting and being hurt could be so inexplicably linked. “Back to December” is when I finally, and fully, started to embrace Swift’s music, because like those teenage girls she’d first attracted to her following, I could finally fully and completely relate to the message. Not a past version of me, not a me I was trying to overcome, but the me right there, in that moment.

And that, I realized, is what she’d done for all those teenaged girls before me: she’d understood. In a world where so many roll their eyes at those adolescent hopes and fears, where girls are taught that their feelings are the enemy, that giving into emotion makes them crazy, or unstable, or weak, Taylor Swift said it was okay to love, to hurt, to cry. She said that it was normal to feel pain and fear, that it was okay to love once, then love again. She took those feelings so many of us have had and put them to song, and in the process she let countless girls believe that their feelings mattered. That they mattered.

And for anyone struggling to find their way through this beautiful mess of life and love, that’s a super powerful thing.