Katniss is focused and unapologetic.

Katniss Everdeen, from Suzanne Collins’ Hunger Games Series
I know a lot of people don’t like Katniss. They say she’s whiny, or that she’s deliberately toying with Peeta and Gale. I see something different. To me, Katniss is a survivor. At times she is emotionally tough and at others emotionally vulnerable. She cares about her family more than anything in the world—more, even, than herself. It takes her three books to make up her mind about which man to be with because she constantly has to deal with other, more important things. She sees the pain she is causing the two men and does her best to do right by them, but also by herself. She’s a fighter but she does not truly relish the fight.

Jean Louise “Scout” Finch, from Harper Lee’s To Kill a Mockingbird
Here is another character who isn’t afraid of who she is. She follows her desires and, on the whole, she has a well-tuned moral compass that doesn’t lead her astray. She is genuinely kind. She feels, but she doesn’t let those feelings run her life. She is innocent yet strangely astute, and the way the older Scout looks back on her childhood makes it certain that she grew into a strong and smart woman.

Elsha, from Sherryl Jordan’s Winter of Fire
Elsha, who lives in a world heavily divided by class and gender, wants equality and respect. She is outspoken even when her words will ultimately bring her pain. But more, she backs her words up with actions, often risking her life and liberty. And through this all, she rarely judges. She tries to befriend those who insult her; she tries for reasoned argument with those who disagree with her. She feels hurt but does not pity herself.

Cammie Morgan, from Ally Carter’s Gallagher Girls series
Cammie is smart and talented but still insecure—and unlike many YA books where insecurity is the humanizing characteristic in an otherwise unlikeable character, Cammie truly shines. She doesn’t know yet what she wants from life, and while she is genuinely afraid of what might be, she never lets fear or unease stop her. She is part of a sisterhood, and she will risk all to protect that sisterhood. 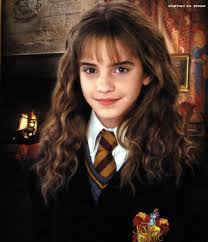 Hermione Granger is smarter than you, and she’s not sorry.

Hermione Granger, from J. K. Rowling’s Harry Potter series
I limited myself to one female character per series or author for this list, and I had the hardest time coming up with my favorite from Harry Potter. I also love Ginny, McGonagall, and Mrs. Weasley, and I’ve always been intrigued by Narcissa Malfoy. Still, I think Hermione is my favorite, because she is never afraid to be who she is, even when it’s uncool. She is smart and unembarrassed by this. She never tries to dumb things down for the boys in her life. She’s committed to justice, and time and time again she displays a level of bravery I can only dream of having.

Ma, from Emma Donoghue’s Room
Ma is in the worst of circumstances. She is damaged. And yet she is a fighter, because her five-year-old son, Jack, is with her, and she is fiercely protective of him. She is smart and creative, and though every other form of liberty is taken from her, she never apologizes for who she is. Though the book never enters her POV, it’s clear how much she loves her son, and how much she sacrifices for him, and how much pain she is in through it all.

Vin, from Brandon Sanderson’s Mistborn series.
For much of this series, Vin struggle with who she is, with how she fits in to the various roles placed on her, with how she can hold on to her true self. She is not books-smart, but she is crafty. This is another book where she is the more talented of the romantic pair, and she never apologizes for it. She is often scared and insecure, but she continues to fight for what she believes in. She sometimes takes foolhardy chances, but her heart is in the right place.

Juliet, from Alice Munro’s Runaway
I was fascinated by Juliet after reading only a few pages about her, though I have a hard time saying why. She is insecure and feels like an outcast, but she takes chances. She is introverted but cares deeply about those she loves. She makes mistakes but never stops trying to correct those mistakes.

Nynaeve al’Maera, from Robert Jordan’s Wheel of Time series
Nynaeve may be my favorite fictional character of all time. Her character arc is fantastic, and she experiences a tremendous amount of growth. She is loyal and strong and passionate. She loves Lan deeply but when he’s not around, she doesn’t moon over him; she gets stuff done. She makes huge sacrifices but also knows when something is worth holding on to. As a character, she’s definitely flawed, but she is always trying to be better, to do better.